Hi,
I would like to ask about my research thesis....
I am doing a data panel research on the impact of bank ratios (LDR, NPL, efficiency, ROA, bank size) and macroeconomic (GDP and interest rate) on the proportion of MSME credit to total credit by banks in Indonesia in 2015-2019...

So I tried to exclude the GDP and interest rates in the model, after that it gave my the p-value hausman of 0.14>0.05 which is a normal value for hausman test (not 1 and without any invalid notes) so choose REM... 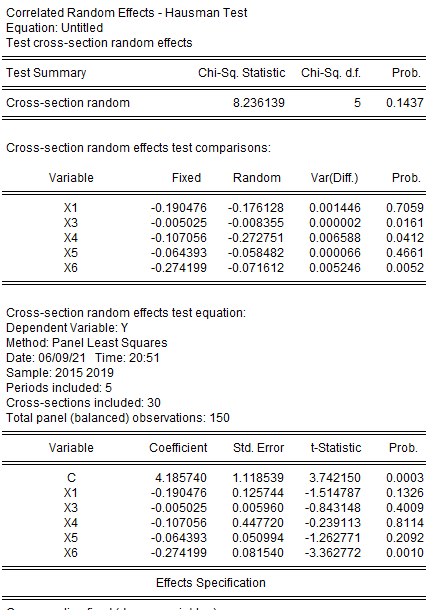 but What does this means if the hausman p-value = 1 when I use the GDP and interest rate in the model, should I use REM or FEM or what should I do??

Users browsing this forum: No registered users and 16 guests