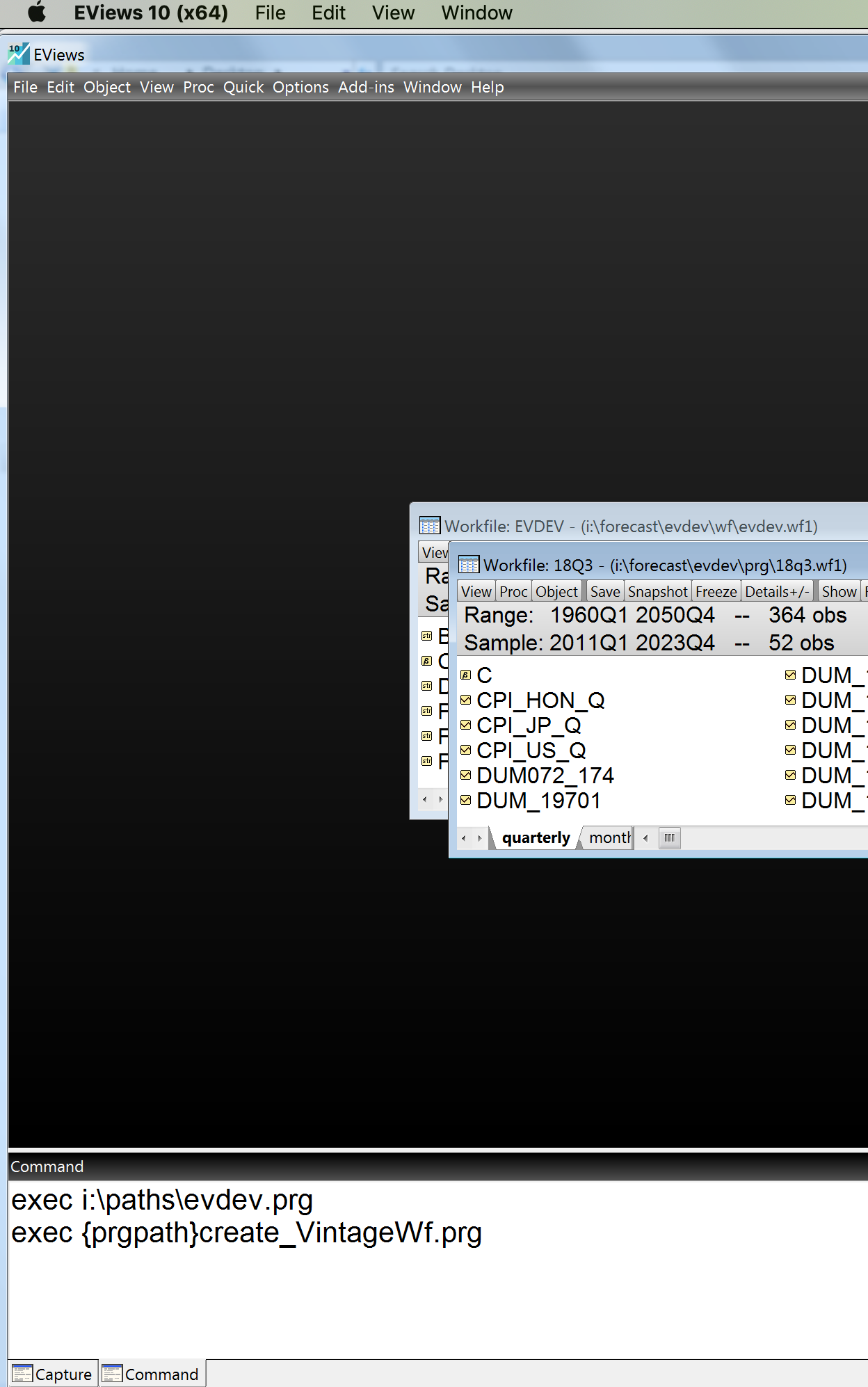 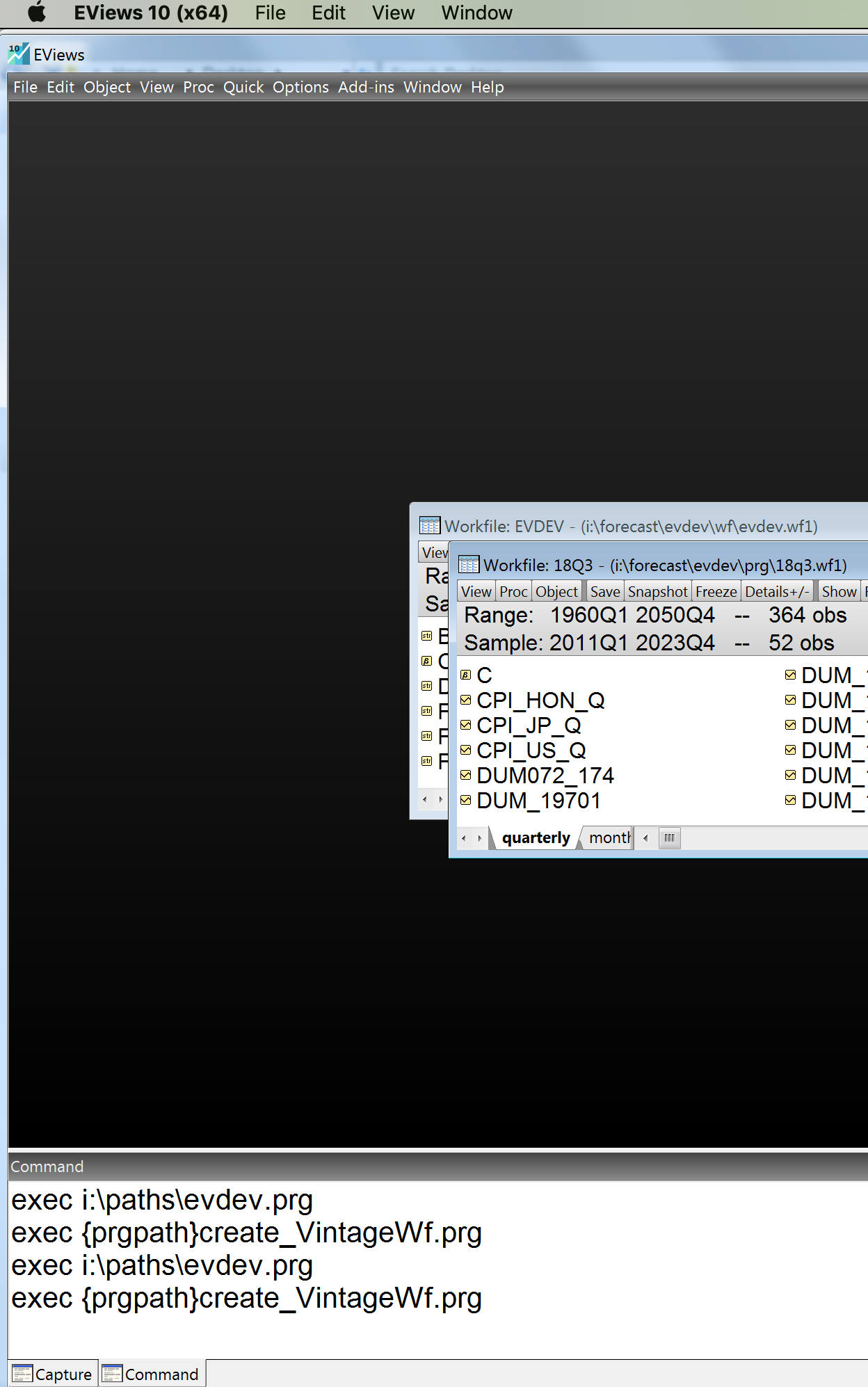 by EViews Gareth
I'm not sure why you think the behaviour is inconsistent. It is very consistent - every command you issue (whether it is a new command or a re-issuing of an existing command) is shown in the command window.

Thanks
Carl
All times are UTC-07:00
Page 1 of 1
Powered by phpBB® Forum Software © phpBB Limited
https://www.phpbb.com/